So today, Thursday the 3rd, we get a puzzle featuring FRIDAYTHE[13]TH as the first theme answer, and two more examples (all from CINEMA, if you want to look at it that way ... remember going to the movies? ... sigh) of a 13 rebus in APOLLO[13] and OCEANS[13]. 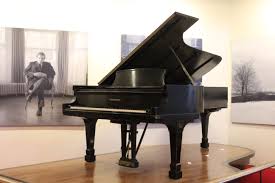 At first I thought it was rather an UNLUCKYBREAK that it could not at least run on the 13th of some month, but it does have the rebus aspect, which you would expect to find on a Thursday, and I don't think there's a Thursday the 13th until January 2022. Not that a Thursday the 13th is anything anyway.

Which brings me to my second question - why is the revealer UNLUCKYBREAK? Is it because the 13 - thought by some to be an unlucky number (which is, in itself, absurd) - is used as a broken B? Or is it referring to the theme answers themselves? APOLLO13 had problems, yes, but was it unlucky? And I don't think I ever saw OCEANS13 - did the team not win out at the end of that one? ... so many questions.

So in the end, as much as I enjoy a rebus, the theme left me flat. Elsewhere, I thought PUNINTENDED was fun (and it makes me wonder if I could think of more "un-" words that could be turned into something wacky with the addition of a single letter), the factoid about IDAHO (The U.S. Forest Service owns about 38% of it) was interesting, and ... that's about it for stuff I liked. But, well, ... I guess it's always nice to have Constitutional refreshers like "Sixth Amendment right" (COUNSEL).

On the GRIEF side, POTTOP is not a thing anyone has ever said (and speaking of that, does anybody actually say "TOT up?"), an ACORN is not a particularly "Hard nut to crack," and "Busts" seems a bit of a stretch for TAMES. I suppose that in IDAHO they might talk of "busting broncos" ... That cross with EZER Weizman, who once headed the Israeli Air Force, was my last square.

So overall, I guess it just seemed a little USUAL to me.

Posted by Horace Fawley at 7:31 AM