ONCE upon a time there were four clues in a puzzle. Each one tried to conceal its true identity by hiding behind descriptive language. Adventurous solvers who successfully deciphered a clue were rewarded with a theme answer containing a fabulous element as its second component, or, in other words, a FAIRYTALEENDING. Gallant solvers thus wrested a WARRIORPRINCESS, a KOMODODRAGON, the CNTOWER, and GLADYSKNIGHT from obscurity and they all lived happily ever after.
The moral of the story is: crossword puzzles contain lots of great words. I enjoyed both the clue and answer words in "Salacious" (LEWD) and "Cantankerous" (CUSSED). Also, WOO, RASPS, LIP for "Sass," NAAN (everyone's favorite) are also nice. However, if I'm not mixing SIMILIES here, I did spy a couple gremlins. I thought the clue "Half of a Monopoly pair" for DIE was weak, and is CALI "The Golden State, familiarly"? I sure hope not. 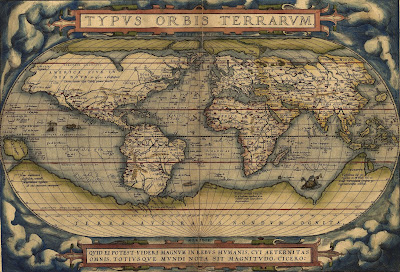 There was a moment when I found myself ATSEA, facing down a fearsome FWOE in the southwest. I didn't know "Spiral-horned African antelope" or "'Unbreakable Kimmy Schmidt' actress Kemper," leaving me staring into a square,  empty abyss. Upon reflection, however, I decided that ELLIE looked promising for the latter, and NYALA not impossible for the former. The guess was correct, and I was heralded for my mythic efforts with the trumpet of congratulations.
~Frannie.
Posted by Frances Page at 9:22 AM