Happy Monday! And Happy Solstice! I, for one, am very, very happy to have longer days to look forward to. And not just that - I feel we are at a point in time with many changes to look forward to, all of them (hopefully) good - astronomical, seasonal, yearly, national ... and hopefully virological, and then behavioral. 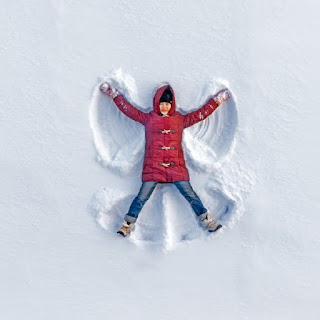 Today also brings a change to the blog (at least for one of the three of us) - my solve time will no longer be the first thing I post in each review. When this blog was started, it was intended to convey the voice of an average solver. There were already (and still are), at least two blogs written by people who had finished in the top twenty at the American Crossword Puzzle Tournament, and I wanted to present a voice from farther down in the pack - the ones who solved puzzles for pleasure, not for time. And at first, putting the time up front made that clear right away. One of the early Monday puzzle times was over 15 minutes, and the first Saturday time posted here was over an hour and a half. I'm still not going to finish in the top twenty at the A.C.P.T. (I'll be extremely happy if I ever enter the top 100!), but my times have gotten pretty fast, and I worry that instead of being welcoming and inclusive, they might now appear to brag and alienate. I'm not promising I'll never discuss time again - I might - like if I ever break three minutes, you'll hear about it! - but for the most part, I will treat it as a side topic. This blog is written by three people, though, and I'm not the boss of the other two, so we'll wait and see together what they choose to do about times.

OK, that's done. If you're still with me, thanks for plowing through all that GOBBLEDYGOOK. Regular readers know I have a tendency to JIBBERJABBER. I hope, of course, that sometimes I'll trigger an EPIPHANY of sorts, but I fear that most of it is just BLATHER.

Fun theme of nonsense words used in response to blabbermouths. And I thought there was fun to be found outside of the theme, too. "Where spiders get their information?" (THEWEB) was great. It's funny because it's true! And although BAAS might normally be dinged, its clue today (Neighs : horses :: ____ : sheep) made me laugh. And the blatantly clued SAILOR ("Popeye's profession") was also hilarious. He sings about it all the time!

The clue for DRIP (Icicles and burning candles both do this) was clever (even if some burning candles do not DRIP), and it was pleasing, in a way, to see EDGER in the exact center of the grid.

Overall, a fun theme plus some fun clueing will EQUAL a good Monday puzzle! Hope you enjoyed it too.